Top 10 Biggest and Largest Living Animals in the World

Animals are differentiated into different categories such as mammals, birds, amphibians and reptiles. All the animals in the world have different shape and size they can be big and small or short and long. To make a list of biggest animals different categories are compared with one another. Every animal has different habitat that varies according to a geographical condition.

To judge the 10 biggest animals of the world one has to go through its size, shape, and territory. This world is full of amazing creatures so it is not a tough task to get the list of mesmerizing animals. 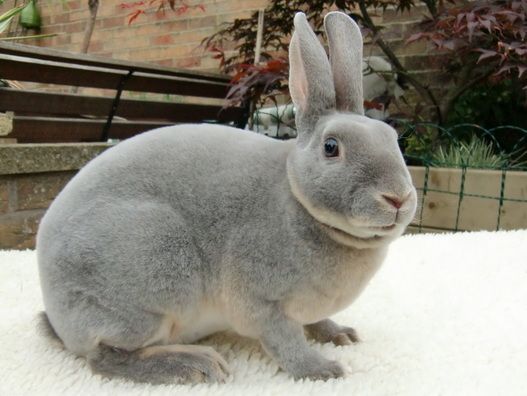 Flemish giant is a semi-arch type rabbit. It is the very large breed of domestic rabbit of about 4 feet 3 inches long and considered as the largest breed of the species. Flemish giant are very calm and excellent pets but heavy for small children to handle.

Chinese Giant Salamander is the largest living species of amphibian, and can reach about 180cm(5.9 ft) in length. It is fully aquatic without gills, it absorbs oxygen with its porous skin. This species is endangered now as it is threatened by over-harvesting for food trade in China. 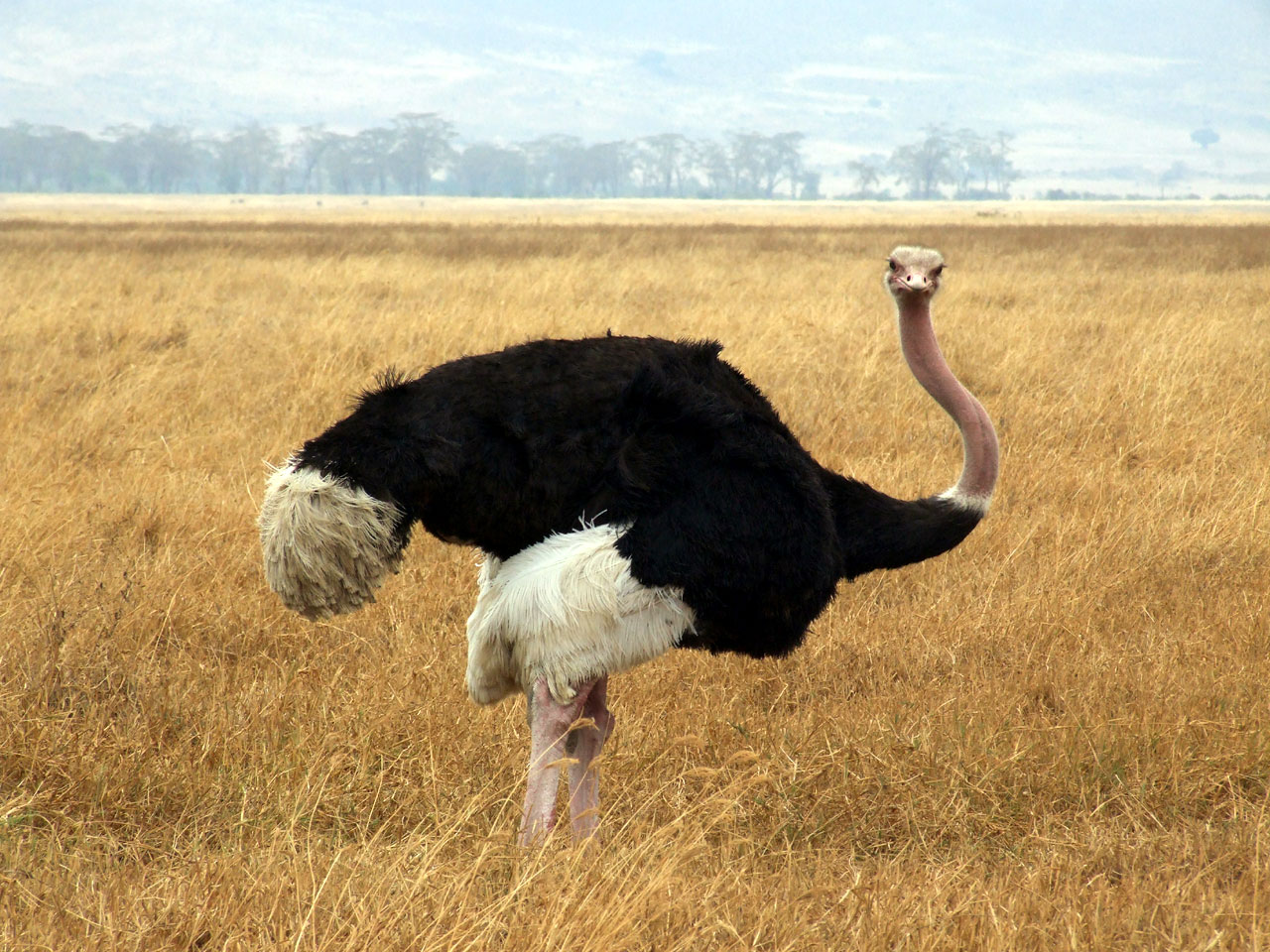 Ostrich is the world’s largest flightless bird. They are the fastest runners among the birds and can run at over 70 km/hr. It can cover about 5m in single stride. It is often found with other grazing animals like zebras, antelopes. 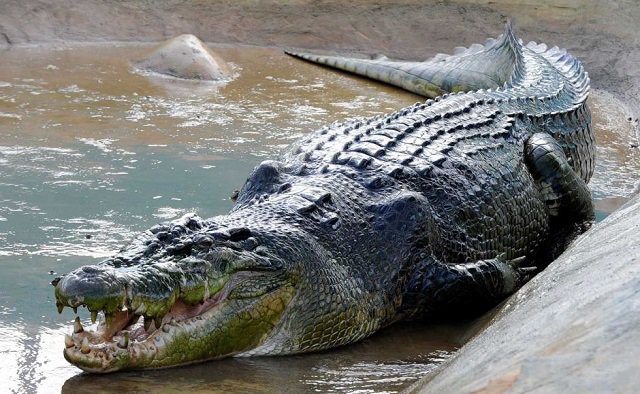 Saltwater Crocodile is the largest reptile with a length of 6m (19.7 ft). An adult male saltwater crocodile reaches about 1,000 to 1,200 kg in weight. Even the largest crocodile weighed about 1,900 kg. 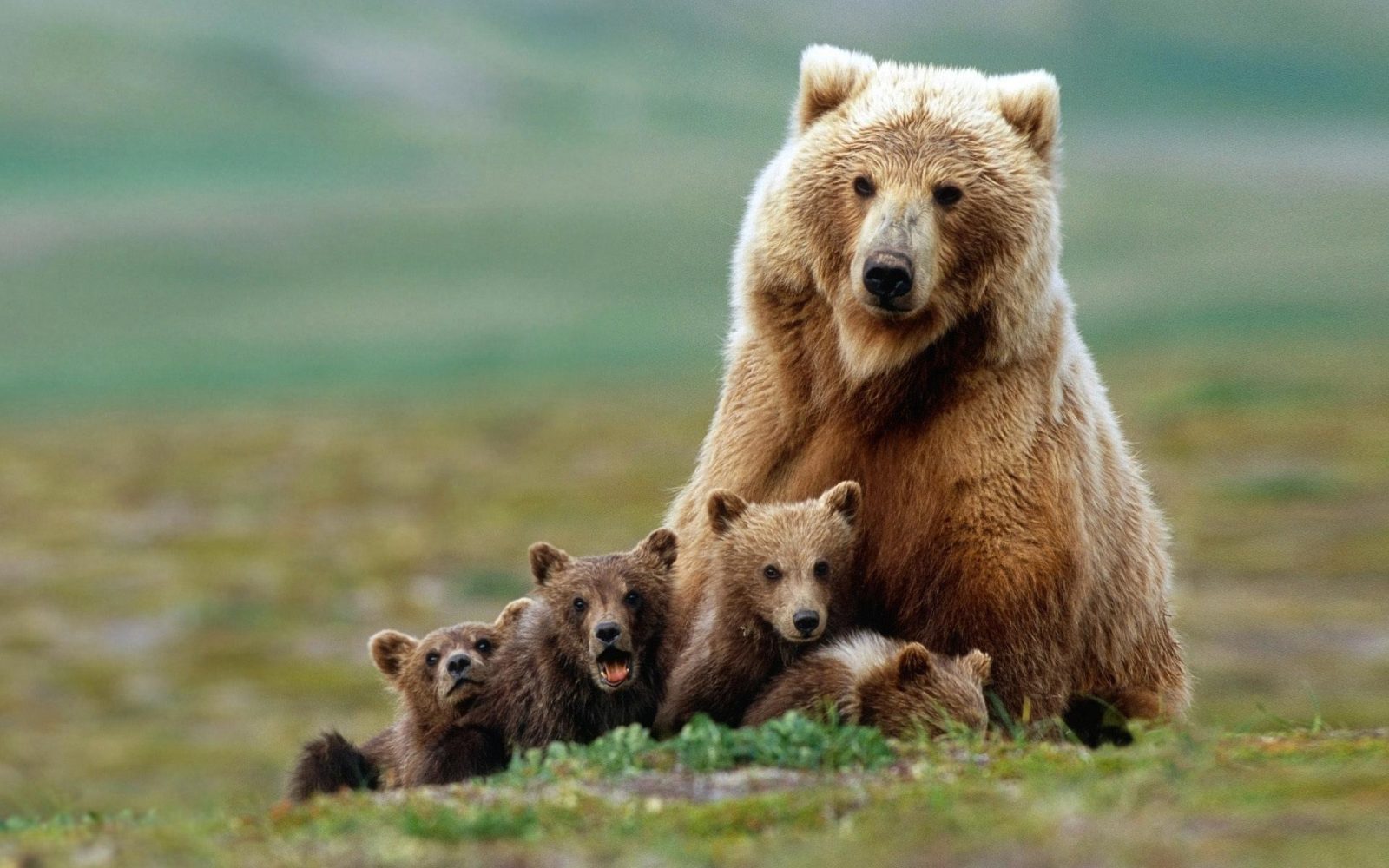 Brown Bear are the one of the largest living animals of 3m(10′) height. They are Finland’s national animal. These bears are a very good care taker, they fight to death to save its family from danger. Bear cubs are well-known for moan and they use to cry if it is separated from its mothers. They have a good senses of smell and they are intelligent animals.

Whale Shark is one of the largest fish species and a mammal. It is one of the loudest animals as well, its length ranging from 18 to 40 feet. Whale Sharks has a unique pattern of spots like fingerprints through which individual sharks can be identified. Even it is a deep-water hunter it will come to surface of the sea for breathing. 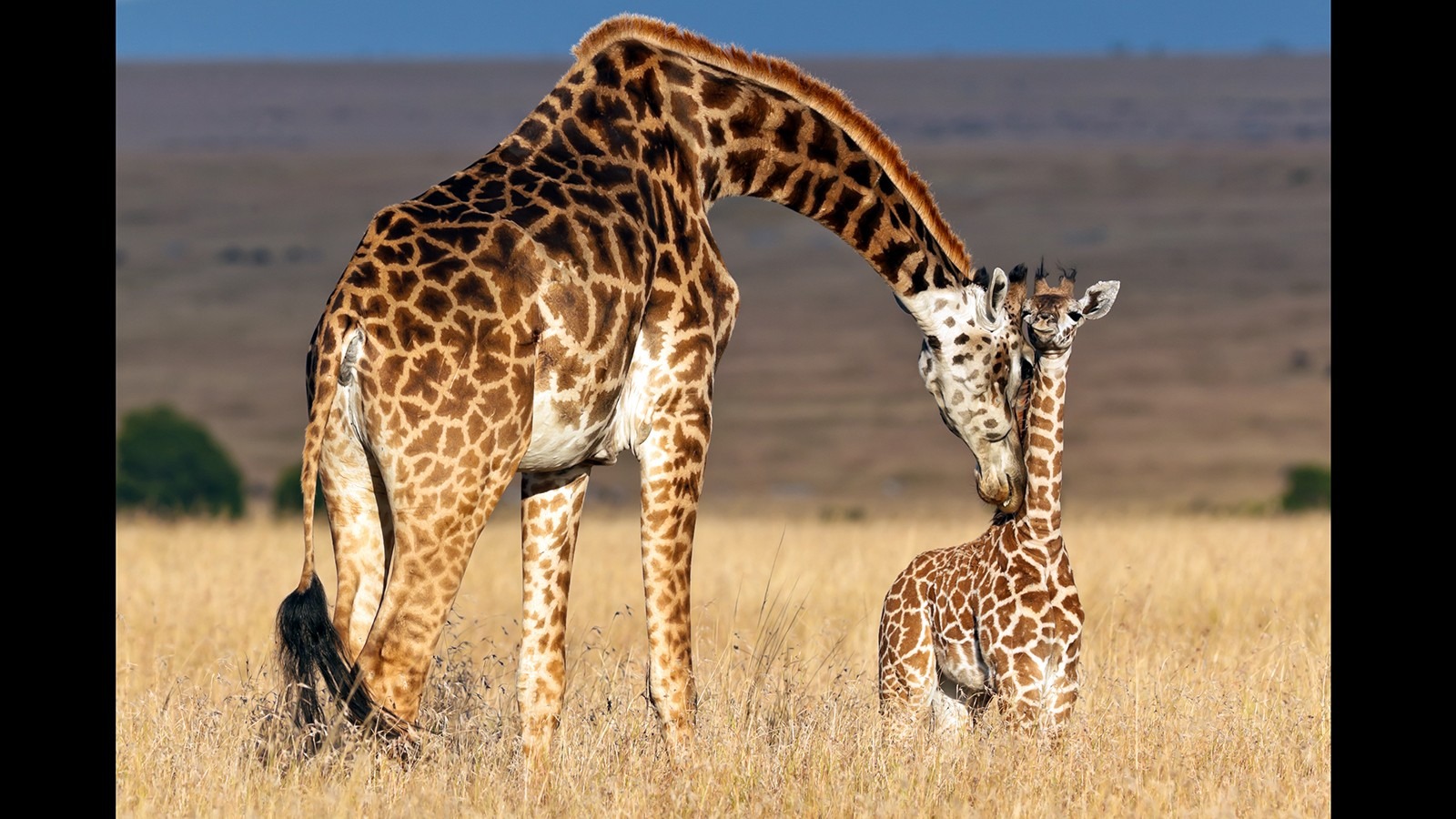 Giraffe is the tallest terrestrial mammal in the world of about 16 to 20 feet (4.8m – 6m) tall. It has long neck of about 6 feet. Its gestation period is for 400 to 460 days. This animal is the one with shortest sleep requirements among all mammals, as they sleep only for around 4 hours a day. 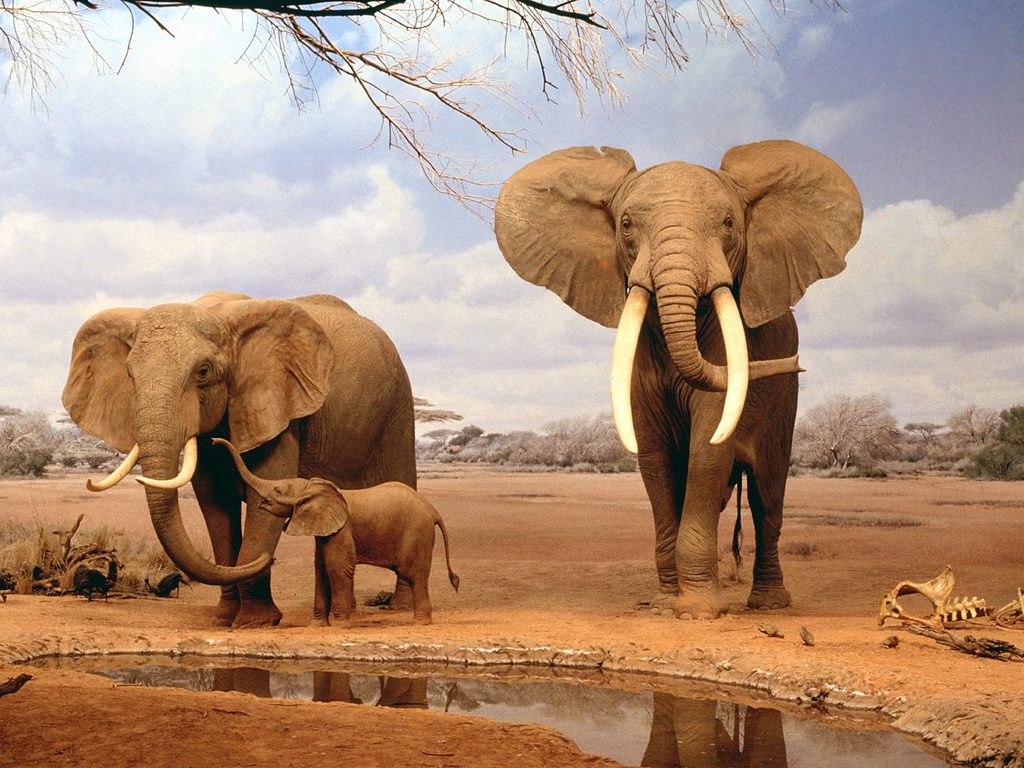 African Elephant is the largest living land animal which reach about 35 feet(10.6m). The brain of this elephant is the largest of all mammals weighs about 5 kg and looks similar to human brain structure. It has the longest gestation period of almost 22 months and can give birth once every 5 years. They are highly social with excellent memories. 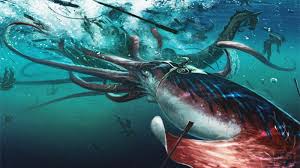 Colossal Squid is the largest slow-moving squid species of about 12- 14m in length. It has the largest eye of any living animal, its eye was probably about the size of 30 to 40 cm. They are aggressive hunters of large fishes but it is a major prey for sperm whales. 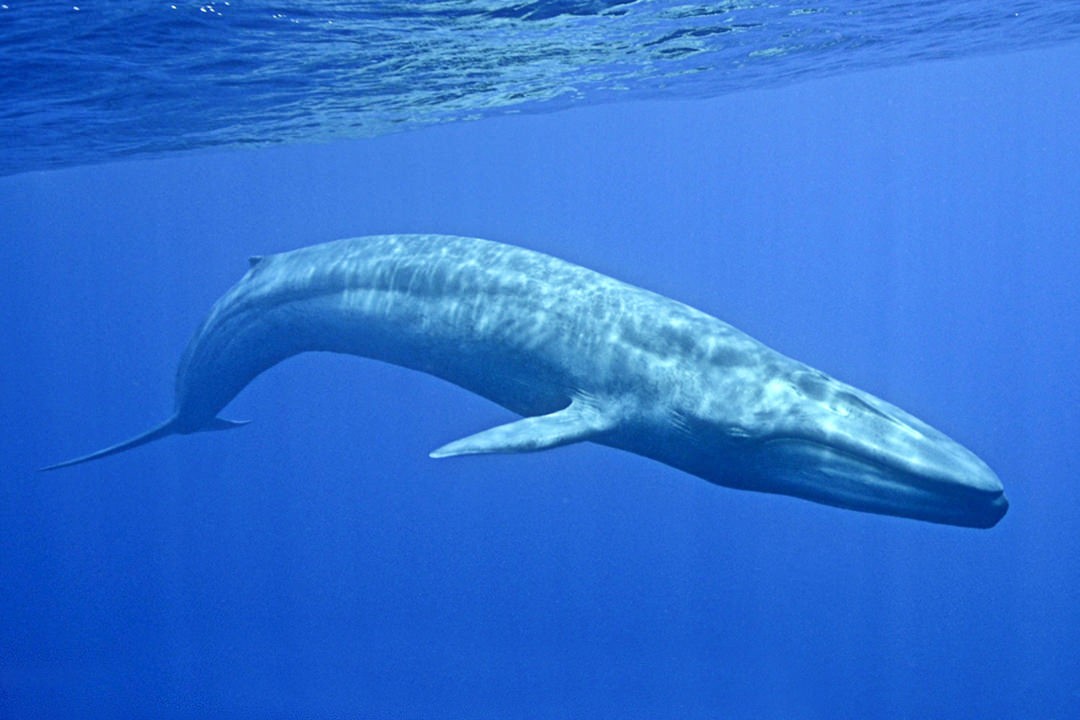 The Blue Whale is the largest living animal ever of all time. This magnificent marine giants are about 29.9 metres (98 ft) in length. The disappointing fact is that the global population of blue whale was reduced by 99% during the 20th century because of hunting. When it comes to the surface of the sea for breathing it exhales air through its blow hole which rises up of about 9m above the water