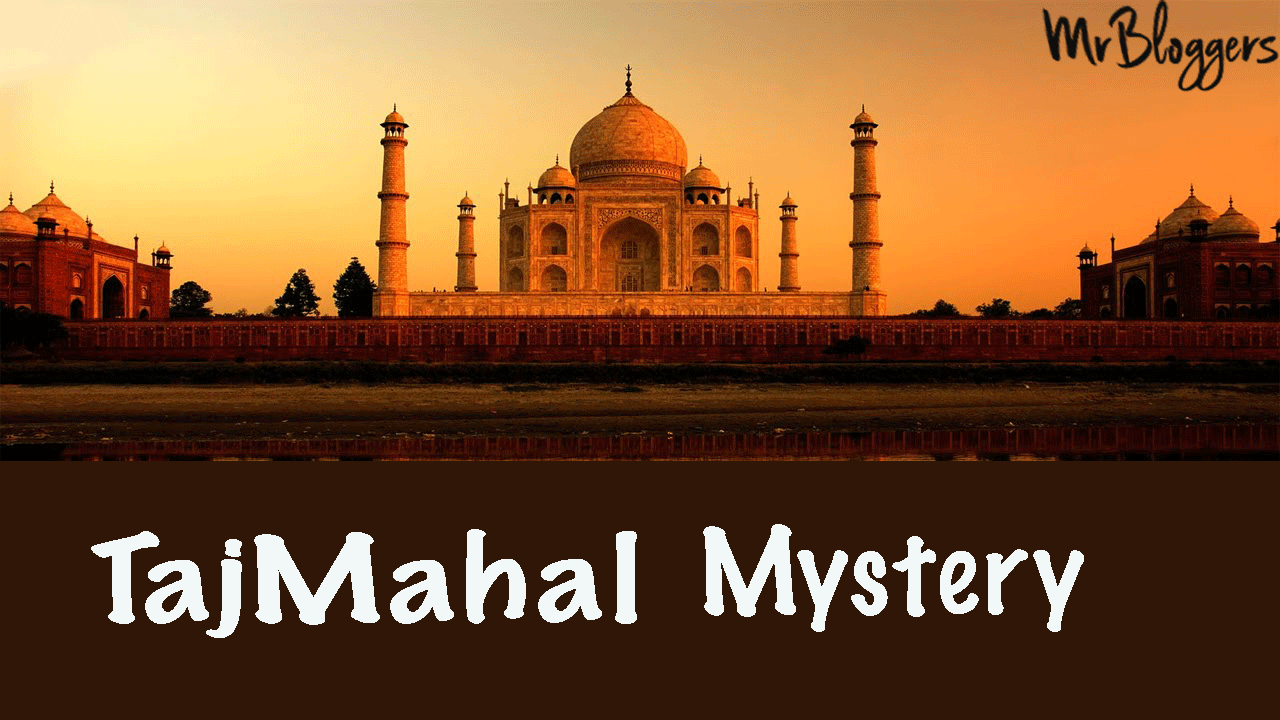 Mystery Of Taj Mahal: When we see the most beautiful person around us we fall in love with them within seconds that maybe love at first sight or attraction or even crush. But when we fall in love seeing a wonderful Mosque than that is the only Taj Mahal. A beautiful girl will always have some rumors that may or may not be true Likewise I have compared Taj mahal with a beautiful girl Taj mahal too has many rumors, controversies, mysteries around it. Like the Taj Mahal is not built by Shahjahan, not the tomb of Mumtaz and it’s a Lord Shiva temple Tejomahalya built in the 11th century, Mumtaz is the 2nd wife out of his 10 wives how can he marry 9 others when his love is pure and others. Let us know all of the mysteries of the Taj mahal.

Southside of Yamuna river, middle of 42 acres Horticultural garden, 240 feet height Ivory white marble most beautiful construction is our Taj Mahal. It is one of the 7 wonders of the world present in Agra, India. Every year approximately 1crore people visit the Taj Mahal from all the parts of the world. Let us know what our history says about the Taj Mahal, Shah Jahan could not digest the death of his lovely wife Mumtaz (who has another name called Arjumand Banu Begum) to show his love for her he decided to build the most beautiful Tomb in memory of her. He prepared the plan and called Taj mahal’s chief architect Ustad Ahmad Lahauri in 1632 he started working from then. He bought all the materials from different parts of Asia, white marble stones are from Rajasthan and other materials are from China, Tibet, Afghanistan, Sri Lanka, and some Arabian countries. A total of 20,000 people and 1,000 Elephants worked for about 10 years they completed building the Taj Mahal in 1643 and after that building surrounded gardens, Horticulture, and all other works took 10 more years to complete i.e. 1653.

After Mumtaz’s death in 1631, they built a temporary tomb for her and stored her body after the Taj Mahal is built they changed her body. At that time of building the Taj Mahal, for the people who are working they built a new called Mumtazabad. If we want to build the Taj Mahal in the present situation It will cost us around 600 crores, so the Taj Mahal is not only the most beautiful but also the Costliest creation. Taj Mahal is being protected for many years during the 1942 war with Japan and the 1963, 1971 wars with Pakistan they covered Taj mahal with blankets to hide against war helicopters. The government has taken safety measures by not allowing any factories nearby the Taj Mahal. Another mystery of taj mahal Exactly opposite to Taj Mahal, Shah Jahan has a plan to construct Shah Jahan’s tomb with black marble stones just like Taj Mahal That was Called as Black Taj Mahal But unluckily that plan didn’t go well because of his son Aurangzeb king of that period thought it was waste of expenditure.

There are many rumors around the Taj Mahal but none of them proved to be true all of them are the wrong claims so it’s not necessary to go in-depth. Purushottam Nagesh Oak (also called P N Oak)is the man behind all these false rumors, he wrote a book called Taj mahal The True Story in 1989 all these Mysteries of taj mahal wrong claims are in that book but none of them is correct.

Mumtaz Mahal is the daughter of a Persian nobleman and was born in Agra only. Shah Jahan and Mumtaz both were known to each other from their childhood. They both decided to marry at age the 14,15 but their court astrologers told to marry after 5 years. But some reason Shahjahan had to marry another girl early. After The age of 20, Shah Jahan married Mumtaz as his 2nd wife and he went on to marry 8 more wives but all these marriages are because of some political pressures and for developing his family at that period of time it is very common to have more than 1 wife. In 20 years of their married life, 13 children were born to them. While giving birth to her thirteenth child she experienced severe pain for about 30 hours and died from postpartum hemorrhage. Shah Jahan felt bad about the way Mumtaz expired. Though he is the king who has 10 wives he only made Mumtaz as his queen because she is the Love of his Life. He used to always take her suggestions because Mumtaz is intelligent. He built the Taj Mahal to show his love for her to the world, Love of Undying.