Going to buy smart TV- You must read this 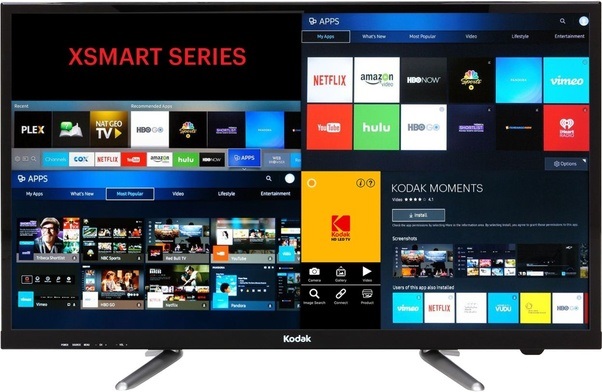 Modification in time and technology

Smart Tv: In the late 1940s in India television was considered as a luxury product, only people with a social status use to have it in their homes and enjoy it watching their favorite programs. From black and white television to high definition LEDs and LCDs with best picture quality along with the latest technology. Nowadays, android televisions are relentlessly in fashion and in high demand as per consumer’s buying behavior. The up-gradation and updation of the television are hence categorized into two brackets black and white televisions whereas smart HD televisions on the other side on the basis of time period and technology upgradation.

Science behind functionality of the television

The best smart television works on scanning format firstly implemented in the rotating disk scanner of Nipkow. It converts the two-dimensional image into the time-series signals that clearly specifies the brightness level and the color of the pixel image. By continuously repeating the two-dimensional image the motion in the images can be created. To receive the apparatus in order to restructure the pixel image, the synchronized image is included in the signals as well to allow the prime and proper immersion of the images in the lines and to identify the fact that the complete set of images has been transmitted and the next new image is in follow up.

The mechanically-scanned systems have experimented with image processing. In this electronic camera tubes and displays were widely used. In the era of the 20th century, it became technically feasible and reliable to use analog signals and digital signals for best smart television broadcasting.

Are you also in a dilemma? What to do when you desire to buy the best smart television for yourself or for others. Take a deep breath and keep your eyes on this article furthermore, just keep in mind the below-mentioned points:-

It is always advisable in today’s 2021 era to buy a television which is either of 4K resolution or more than it but remember not less than it.

If you wish to purchase a huge and best smart television to get a cinematic view, best color quality and high contrast ratio without odd color distortion.

Liquid crystal displays are pretty common these days. They are cost effective and energy efficient. But if you desire to do high frame rate gaming on it then it is really not the suitable option and also it has a very limited television viewing angle.

Actually, they are remarked as LCD only but the difference is that they use LED as a backlight for liquid crystals in the display. It has the benefits of good contrasting ratio, energy efficiency more than plasma and LCD but they have a limiting factor of being expensive.

The organic light-emitting diode televisions are quite differentiated from plasma, LCD, and LED televisions. The interesting benefits are they use colored LED lights for image creation that’s why they save power, they create high quality and bright image, high contrast ratios. Unfortunately, they are expensive and has angle viewing loopholes

It is very important to have a favorable color depth which should not be too sharp nor too dull. The sharp version means high color depth might prove fatal to your eyes whereas and you do not wish to watch television anymore and the dull image means the low color depth in which you might not view the image or see the blurred image without any vibrance. The ideal color depth is 8 bits per channel. The ideal color depth ensures that the best smart television is able to form a satisfactory image suitable for the human eye and present photo-realistic images.

It’s simply the ratio of the television’s width to its height. It is not at all related to picture quality or the sound quality of the best smart television. To put precisely, if you wish to watch regular television channels or to view music videos etc then the ideal aspect ratio is 16:9. But, on the other side if you wish to watch movies, just like in big theatres or cinemas then go for the aspect ratio of 2.4:1.

The best smart television must have a wide range of input system. It must have basic inputs such as the coaxial F connector, HDMI, Display port inputs, analog composite inputs, and HDCP.

So, to end this article the above-mentioned points sums up as the many demanding points which should compulsorily be present in the best smart television category. We know that India is a diverse nation with a diversified population of diversified age groups. The young generation wants to have television well equipped for gaming and movie viewing but the mid-aged and old groups are satisfied with good picture and sound quality etc. Everyone has a different definition and term of the so stated “Best smart television”.

Meta- Best is what everyone wants to achieve and when it comes to the quality of television, the concern rises. To buy the best smart television, one must consider several points and do the proper research.