Life is very different when you’re in your teenage years. You’re still developing as a person and learning how the world works. There are changes going on within, that you can’t understand. And then there is the side of you that thinks you know everything. It’s all a bit overwhelming at times.

You can always rely on movies to help you through your teenage years. Whether you realize this or not, movies are a big part of our lives. Perhaps that’s why our homes feel incomplete without Spectrum TV packages. For some reason, we tend to relate with characters on the screen more easily.
Teen movies have always been a popular genre. Sure there are some that are your basic rom-com. But then there are some movies that are special.

They inspire us, and some even encourage us to take action. They can change the course of our lives.

Teens today face some serious challenges. And newer shows like 8 Reasons Why have done a good job of bringing them to light. But sometimes older movies can be more effective. Sure, they might be a little dated in their fashion and their slang. But the messages that those classics can convey are timeless. Every teen should watch these 10 timeless teen movies at least once in their lives. 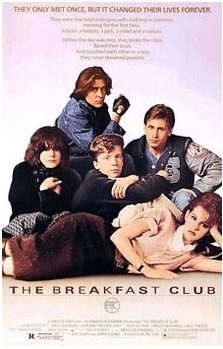 The Breakfast Club is one of the movies that you can’t afford to miss. When it released in 1985, it spoke to every teen in the country. In fact, it made $51.5 million with a budget of just $1 million. And this was back in the 1980s when ticket prices were a lot cheaper.

Recently, in 2016, the John Hughes masterpiece was even selected for preservation. Now, it is listed in the United States National Film Registry as culturally and historically significant. The movie is set around five high school students who have detention on a Saturday. Each of them belongs to different cliques. A perfect representation of geeks, athletes, popular, delinquents, and outcasts.

But what they realize during the course of the day is that they are all the same. The outcast is going through the same things as the popular one. The delinquent and the athlete are facing the same kind of issues. And the geek is struggling with the pressures of studies to the point of contemplating suicide. They realize that even with their differences, they are all facing the same challenges growing up. The characters in The Breakfast Club are timeless. The movie is a must watch for anyone coming of age. 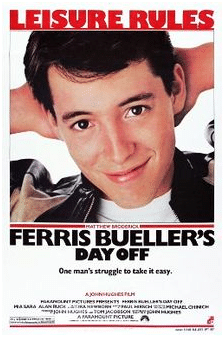 Another timeless classic teen movie from the 1980s. And yes, another John Hughes masterpiece. Most can’t believe that it took Hughes just a week to write the screenplay. The movie is set in Chicago, and Hughes confirmed, “I really wanted to capture as much of Chicago as I could. Not just in the architecture and the landscape, but the spirit”.
The movie was an instant success. In fact, it was one of the top-grossing movies of the year, in 1986. It made $70.1 million with a budget of just $5.8 million. Ferris Beuller’s Day Off is also a part of the National Film Registry for being culturally significant.
The plot follows high school senior, Ferris Beuller. He fakes being sick to take a day off from school to spend the day with his girl. And he convinces his best friend Cameron to skip with him. Their day is full of shenanigans and driving around in Cameron’s father’s prized car. A fiery red 1961 Ferrari 250 GT California Spyder. The ingredients of a perfect day off for any teen in any decade. 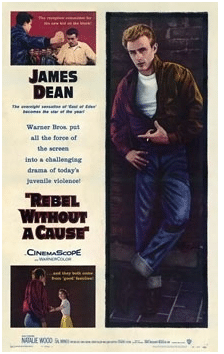 This is perhaps one of the oldest teen movies ever made. Certainly the oldest in this list. The classic was released in 1955 and featured James Dean. The movie is a drama about middle-class, suburban teenagers who are emotionally confused. The movie portrays the moral decay of American youth at the time. And that still holds true today.

The lead, James Dean, tragically passed away before the release of the movie. His role is the highly acclaimed movie is the most celebrated by his fans. It too was incorporated in the National Film Registry, back in 1990.

Rebel Without a Cause follows three strangers. They meet at the juvenile department of a police station in Los Angeles. They all have troubled relationships with their parents and that is the source of their problems. It is a must watch and has earned its spot on this list. 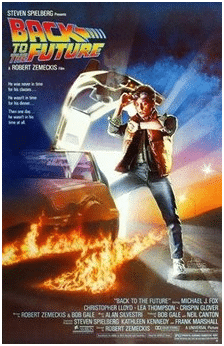 Back to the Future series is perhaps one of the most compelling watch on this list. The series has everything from a mad scientist, time-traveling cars, and self-lacing shoes. The first of the three-part series released in 1985.

It quickly became the most popular release of the year in 1985 and became the highest-grossing film. In fact, when it was released, the movie made over $381 million worldwide. The awards and nominations it enjoyed were nearly endless. From Academy Awards to BAFTA and even Golden Globes. The film was everywhere.

If you haven’t watched the series yet, you need to. And if you already have, then you should watch it again, just because you can. 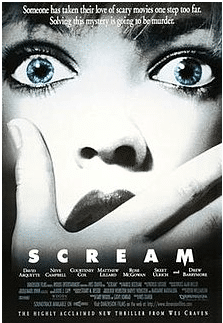 Ok, so let’s move away from the 1980s and into the more recent past. The 1990s. The first of the series as released in 1996 and quickly became the most watched slasher film in the country. It is still the second highest-grossing slasher film in the US.

The first movie of the Scream series starts with the murder of a high school couple. It follows Sidney Prescott, a high school teen. The story picks up a year after the murder of her mother. Sidney is at her home, waiting for a friend when the serial killer attacks her as well. She escapes but the murderer has his sights set. The thrilling slasher murder mystery is a must watch teen movie.

American Pie is one of the greatest American teen movies of all time. There are 8 installments in the series. 4 of which were spin-offs that didn’t gain much success. But the original series of 4 movies grossed over $ 1 billion from all over the world. It is a true coming of age story of 5 high school boys with one goal in life. To lose their virginity before their last high school prom. Something that every teenager has tried to do.

The movie features timeless characters like Stifler, Finch, and Jim. Jim is most unfortunate in the group. And the movie focusses largely on him as he tries to be with his crush, Nadia. She is the foreign exchange student and the most attractive girl in school. The movie is so raunchy that most of the Spectrum TV choice channels could not play it without editing it first. When you watch it, be prepared for high doses of laughter. This is one of the most relatable movies for teenagers on this list. 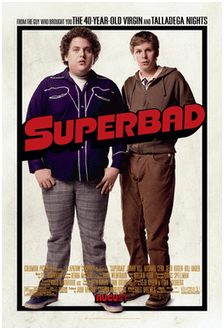 Superbad released in 2007 and was an instant success. Seth Rogan and Evan Goldberg started writing the script for the movie when they were 13 years old. The story was also influenced by an experience the two had when they were in 12th grade. In fact, the lead characters were also named after the two writers, Seth (played by Jonah Hill) and Evan (played by Michael Cera).

The plot follows the two high school best friends as they are about to attend different colleges at the end of summer. Seth is invited to a party hosted by one of the popular girls and promises to bring alcohol. The hilarity begins when their third friend Fogell gets hold of a fake ID. They go through hilarious risks to buy alcohol and reach the party. 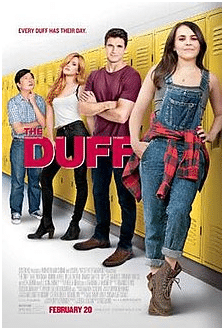 The DUFF is a classic American teen comedy. It has all the right ingredients. High school cliques, emotions, and an important message. DUFF stands for Designated Ugly Fat Friend. After Bianca learns that she is considered the DUFF, she begins to reinvent herself. But she realizes that the only way to be happy is being true to yourself. Accepting yourself for who you are. And realizing that no matter what, we will all be someone’s DUFF, and that is OK. 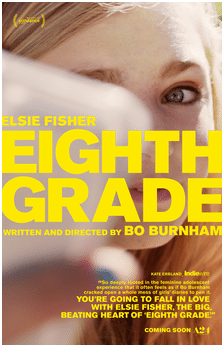 Eighth Grade is an American comedy-drama movie. The story follows eighth grader Kayla Day as she is about to start high school. She is determined to make her last week in eighth grade the best it can be. It captures what young teens go through perfectly. A must watch for all. 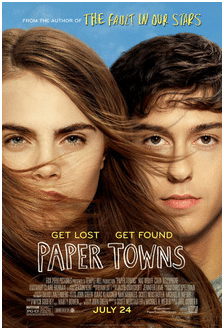 Paper Towns has everything you could ask for. Mystery, romance, comedy, with a bit of drama. From the creators of The Fault in Our Stars, this movie grossed over $85 million worldwide. It is the timeless boy crushes on girl and then helps her take revenge on her boyfriend story. Except at the end, the boy doesn’t get the girl. It is unique and a must watch for all.

Conclusion
These top 10 teen movies are a must watch for everyone. You should be able to find these movies playing on channels included in the Spectrum bundles. If not then you can watch them on Netflix. They cover many serious issues that are affecting teenagers today. And of course, some of them are just for laughs.